A family owned and operated iron foundry since 1912 in Richmond, Virginia

O. K. Foundry Company was founded by James N. O’Neil Sr. in 1912 to supply Richmond’s railroad, industrial and agricultural equipment companies with made to order cast iron. OK Foundry was incorporated in 1956 as a Commonwealth of Virginia Corporation and is wholly owned and operated by the O’Neil family today.

That first foundry in 1912 was built on 17th Street, now Hull Street, in the Old Manchester district of the City of Richmond.  Manchester City was merged with the larger City of Richmond by mutual agreement. To build the foundry, James O’Neil Sr. took out a note from the Merchants and Mechanics bank of Manchester. We still have the original ledger where James kept the books for the loan and all foundry sales. From the ledger we can see that James had been making castings, most likely in a garage at the back of the foundry house, prior to 1912 and that OK Foundry really became OK Foundry “Company” when he joined with E. P. Seifert as a partner and took out the note to build the foundry. 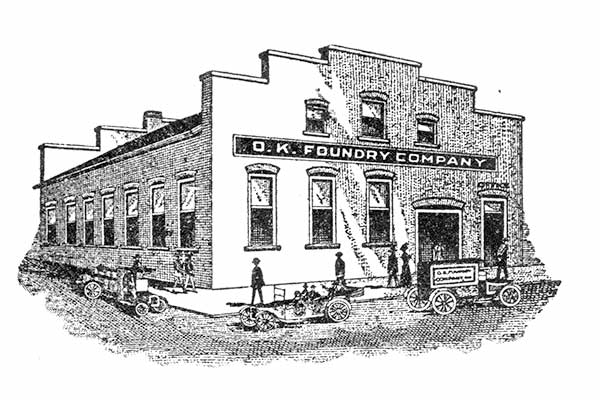 After serving in WWII and resuming peace time life, James O’Neil Jr. and his brother Patrick O’Neil, built a new foundry in 1947 at 1005 Commerce Rd. in the City of Richmond. A much larger building and the latest foundry equipment equipped OK Foundry for a thriving industrial economy in Richmond. 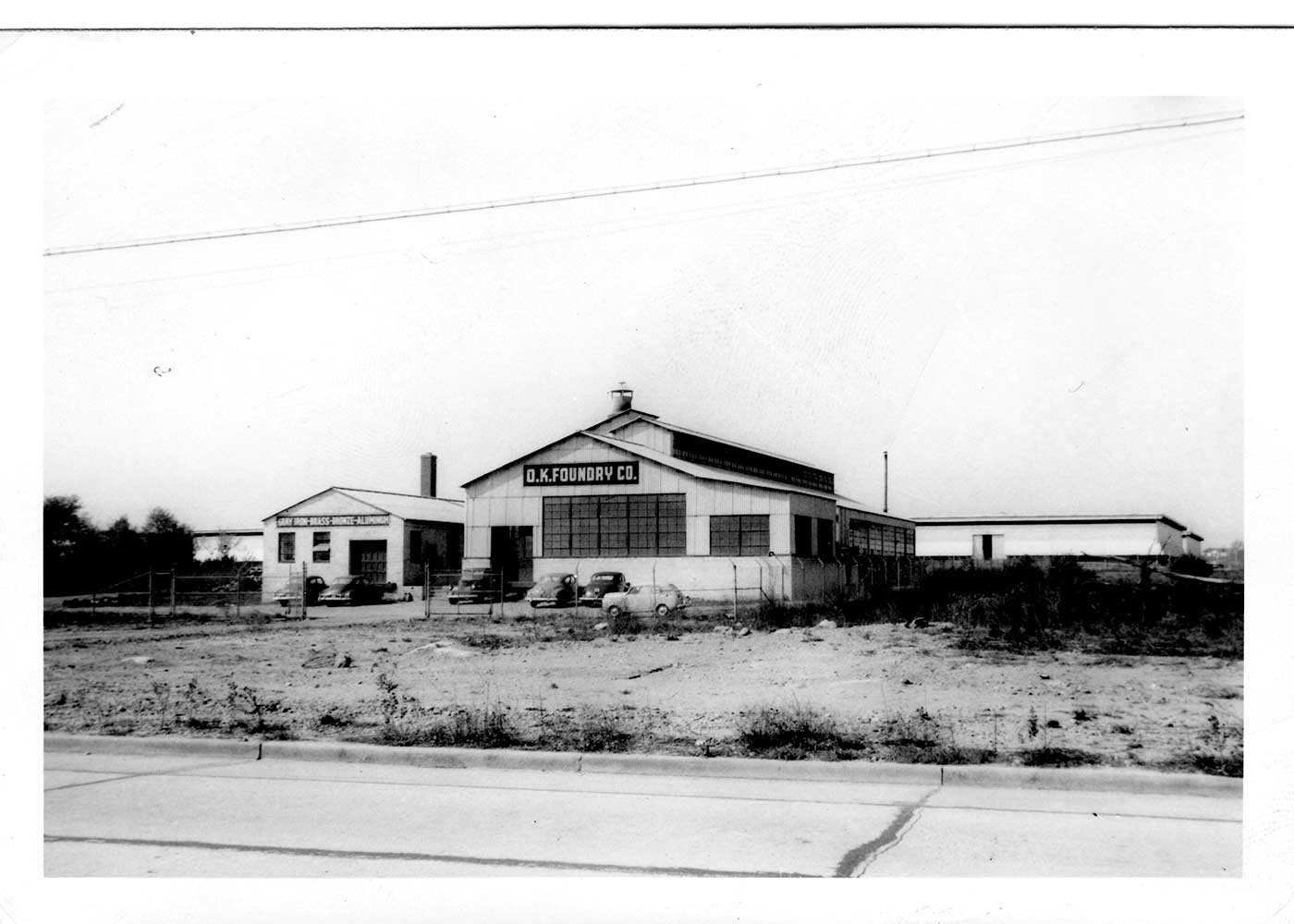 OK Foundry still occupies the main foundry building built in 1947, but since that time we have constantly evolved and innovated to continue the operation of a traditional jobbing foundry by using the latest casting technology and adapting to new markets for sand castings.  OK Foundry made the switch to induction melting early in 1976 and by 1979 a new No Bake resin bonded sand cope and drag molding line was installed. These early adoptions of new casting technology helped OK Foundry survive the globalization of casting supply and offshoring of textiles and other manufacturing in the 80’s, 90’s and beyond. 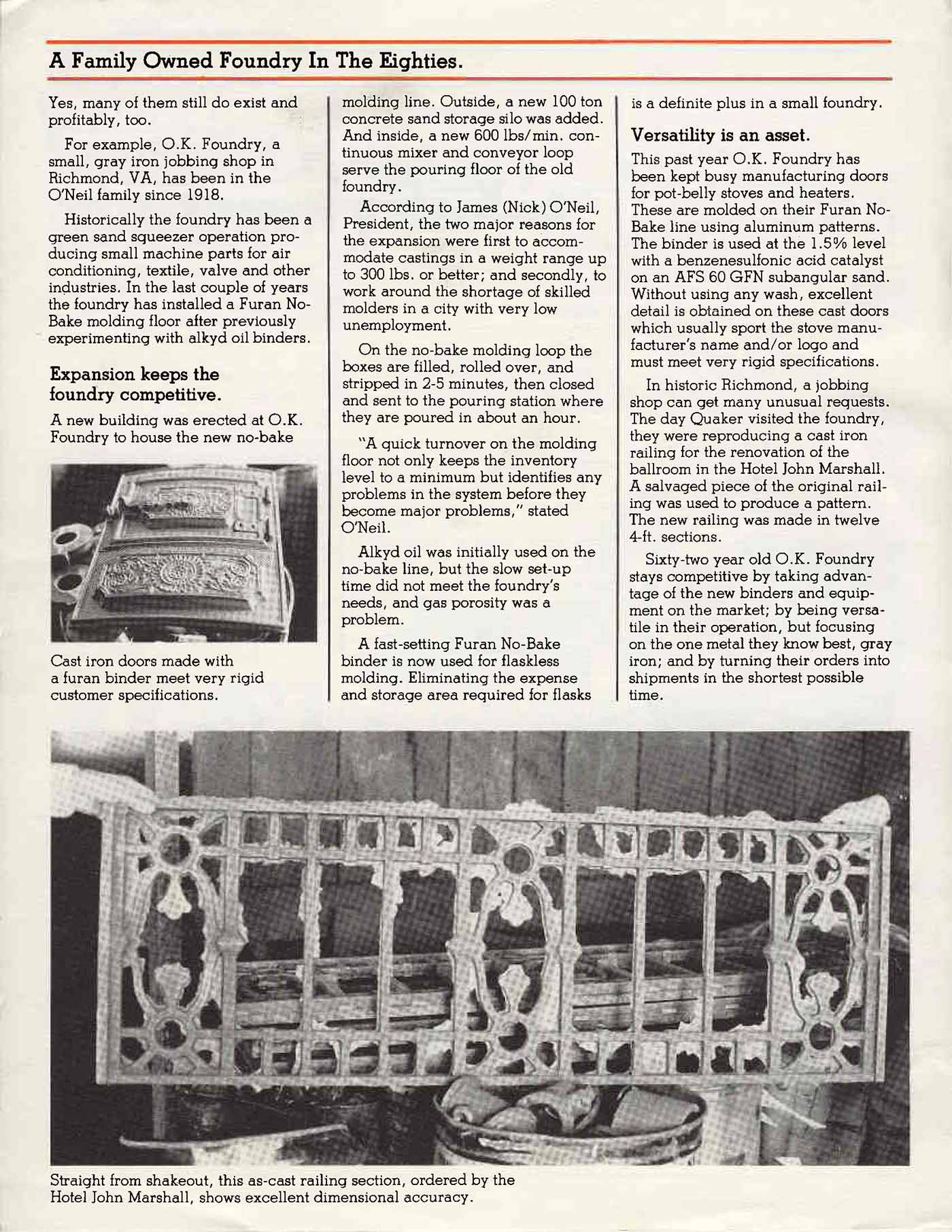 Following a long history of innovation, OK Foundry has continued to innovate sand casting using traditional and advanced casting technologies. In 2010 ExOne introduced the S-Max 3D sand printer which at the time was the industry’s largest 3D printer of sand molds for casting. By 2012, OK Foundry was offering innovative 3D printed mold designs for prototype ductile iron castings to customers like CNH Industrial, the largest off road vehicle manufacturer in the world. By 2014 OK Foundry was pushing the boundaries of what could be done with 3D printed sand molds for applications like high end audio equipment and the extraordinary Ironic loudspeaker by Oswalds Mill Audio. We’ve left no stone unturned in search of the best methods and technology to make lower volume gray and ductile iron sand castings. 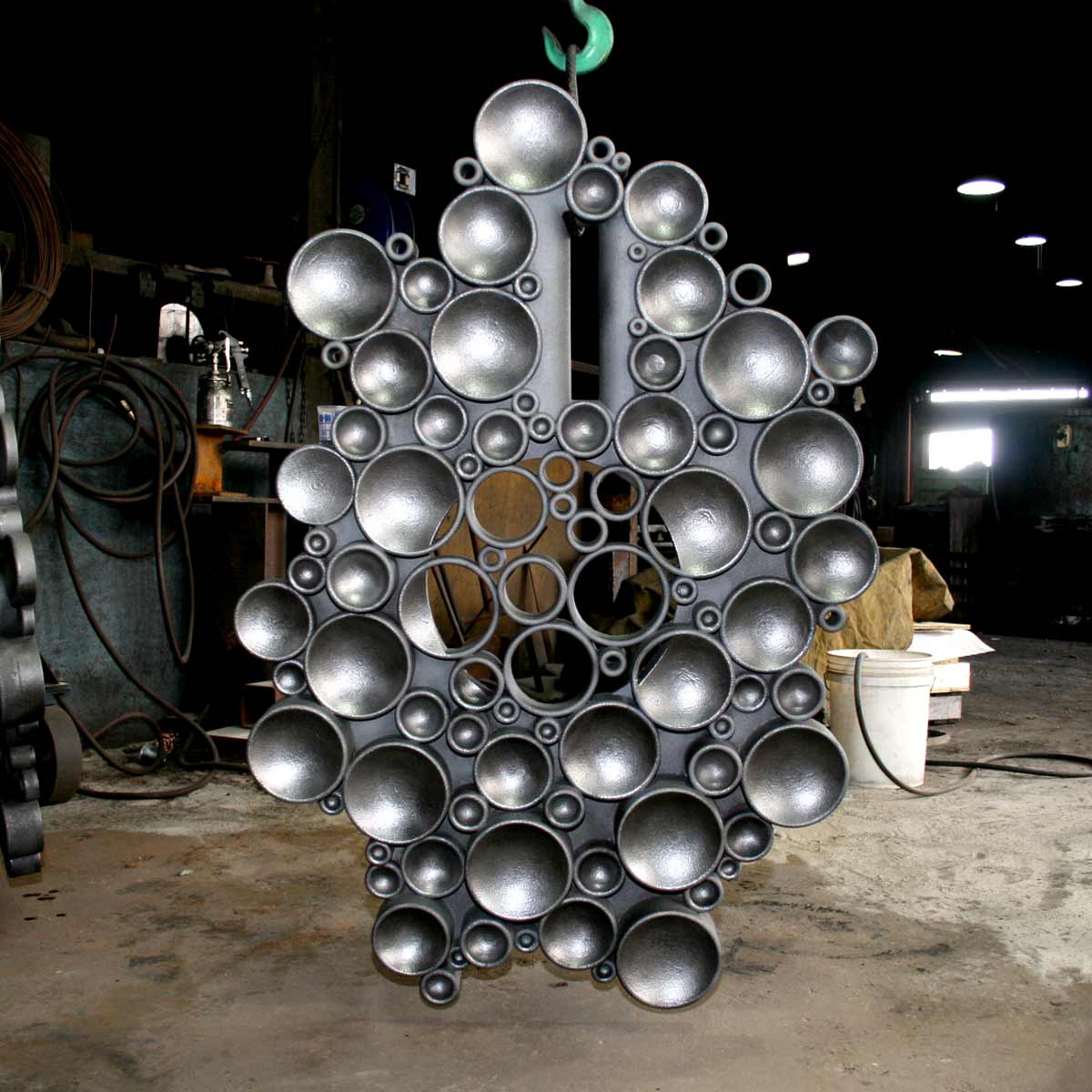 After exploring every possible new technology for sand casting and pattern making, OK Foundry has learned that some castings are best made using traditional foundry methods and pattern making and OK Foundry has not only maintained traditional foundry pattern making capabilities and casting techniques, but advanced them in capabilities and cost effectiveness.  The foundry pattern makers at OK Foundry have developed new methods for traditional wood patterns using flexible rubber loose pieces to cast undercuts for accurate reproduction of historic castings like the cast iron fence posts of the Thomas Jefferson family cemetery fence at Monticello.

And by partnering with local sculptors and artists with a passion for metal casting, OK Foundry has revived loose pattern molding for industrial spare part casting and reproduction of historical cast iron. Industrial techniques for molding with loose pieces have been kept alive by artists and OK Foundry has continued to develop its capabilities for restoration castings under the house brand of Richmond Iron. At first glance a contradiction, the partnership with artists has further improved our industrial casting capabilities by harnessing the passion, skills and creativity of university trained sculptors. 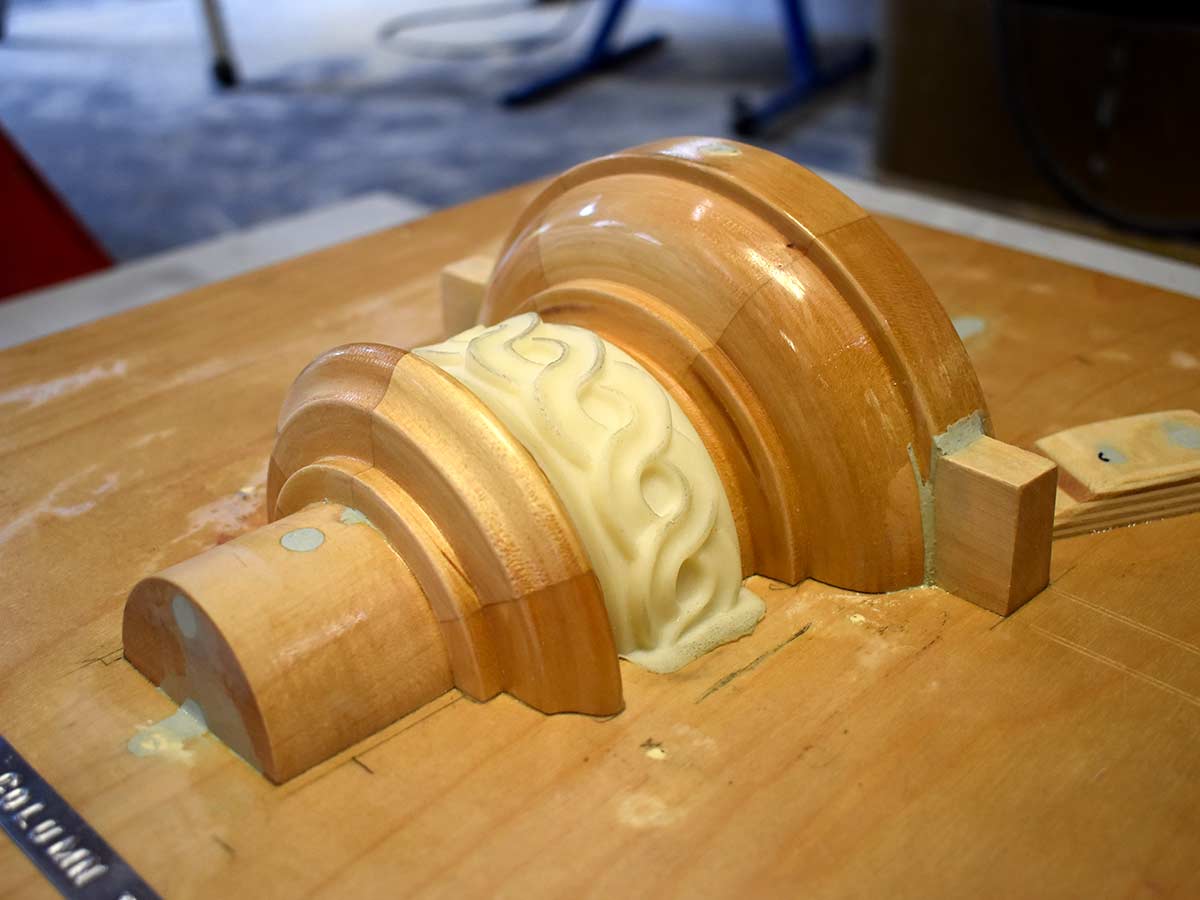